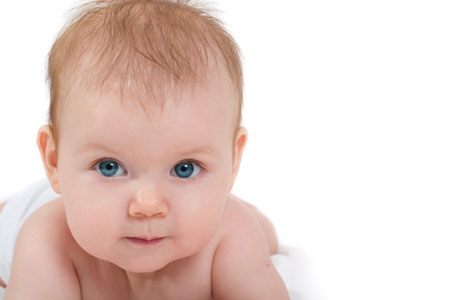 If we compare the energy requirement to weight ratio, infants need more energy than adults. The reason is very obvious however; since adults only need energy to maintain their bodily functions, but infants are in a growing stage and need the nutrition for development. Fortunately, infants have their own sense of hunger, and only eat as much as they require, unless you force feed them or if they fall sick. Generally, there is no real need to monitor an infant’s calorie intake, but it can be useful for making adjustments later on.

Calorie Requirements of an Infant

The calorie requirements of an infant vary by weight. A healthy infant can take between 500 – 600 calories every day for the first few months, before the number goes over 700. After the first year of birth, an infant generally needs around 900 calories. As mentioned earlier, infants regulate their intake on their own, you should simply monitor to uptake to ensure your child is consuming sufficient energy.

Premature babies or those with low birth weights might have different calorie requirements since calorie needs are usually calculated according to weight. In such a scenario, it is best to consult your physician and seek advice regarding the baby’s nutritional needs. Calorie requirements depend on your baby’s health and growth speed but it is generally assumed that low birth weight infants should be taking about 120 – 130 calories a day for every kilogram of their weight.

The importance of breast milk for an infant is well established, and it is considered the best way to ensure proper calorie intake. However, formula feeding is very popular these days, and most parents are not aware that formula actually gives infant more calories than he/she requires. As mentioned earlier, an infant in the first year should be getting around 700 calories. Formula has about 30-40 calories in 30 ounces, which means you can be feeding your infant around 1000 calories.

Typically, an infant in the first year consumes breast milk and formula. After 6 months or so, the calorie requirements increase, and the baby can start having some solid food. After the first year, as recommended by the American Heart Association, the baby should be consuming around 900 calories, and nearly half of these should be taken from fat sources. Breastfeeding is the best way to meet these requirements, while the other suggested foods include protein, dairy, fruit, vegetables and grains.