Causes and Treatments of Ovarian Cysts 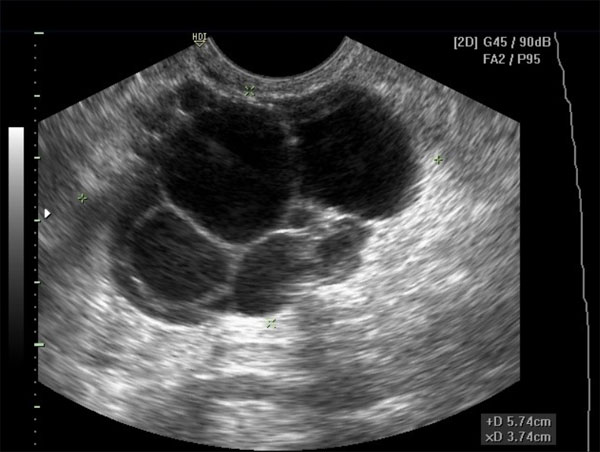 Ovaries are located in the lower abdomen on both sides of the uterus in the female reproduction system. In total women have two ovaries that produce eggs and hormones. These hormones are called Estrogen and Progesterone.

At times a fluid sac, also known as cyst, develops in one of the ovaries of the woman. Several women develop at least once cyst during their lifetime. In many cases, cysts have absolutely no symptoms and are absolutely painless.

There are several different types of cysts. Functional cysts are considered to be the most common ones which are made inside a female body.

While a woman is experiencing her menstrual cycle, an egg starts to grow inside a sac called follicle. This sac is inside the ovaries and in most cases this follicle breaks, and releases an egg. However, in other cases this follicle doesn’t break and makes up a cyst.

In case the follicle does not break and makes up a hard seal on top of the sac, then the accumulation of the fluids causes another cyst.

This is non-cancerous and develops right outside the ovaries.

In this case the ovaries contain a large amount of small cysts.

What Are the Symptoms of Ovarian Cyst?

Mostly the ovarian cysts do not come with any symptoms. However, once the cysts start to grow, then the symptoms start to show up.

How Can Ovarian Cyst be Treated?

At times the cyst does not go away and starts growing bigger. In this case it may cause a lot of problems and may even be fatal. Certain treatments can be adopted in order to get rid of the cyst.

In case you have been experiencing recurrent ovarian cysts, your doctor might prescribe oral contraceptives so that you can stop ovulation and prevent the development of new cysts.

In this case the doctor performs a surgery and removes the cyst. However, your cyst in the imaging test should be really small.

In case of a large cyst, the doctor may remove it but for that a large incision needs to be made on your abdomen.

Next post Causes, Symptoms and Treatments of Ovarian Cancer