What Is An Adrenaline Junkie ? 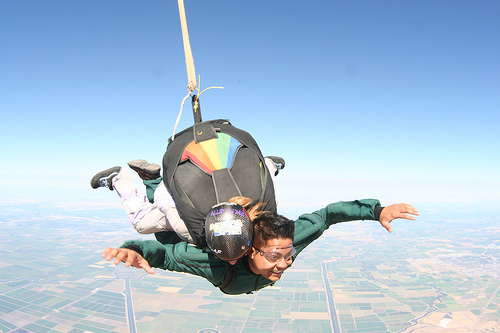 A person who is addicted to adrenaline rush is known as an adrenaline junkie. The rush of excitement is experienced when the adrenal glands dump adrenaline into your bloodstream. Usually when the body detects or senses any sort of danger, the adrenal glands are stimulated to produce adrenaline, which triggers the body’s fight or flight mechanism. During an adrenaline rush you will experience an increase in your heart rate, as endorphins are released by the pituitary gland which increasing your breathing rate. The effects of adrenaline in animals are also well documented, and animals in danger can be seen to experience the rush, after which they decide whether to stick around and fight or escape. This feeling can last for varying periods of time, and can leave you feeling excited, hyper and more alert.

Where to Find Adrenaline Junkies

In order to understand the behaviour of adrenaline junkies you first need to know where to look. It not often that you will find a junkie on the road, so the best places to look are the areas where sports take place. You can usually find a few adrenaline junkies driving very fast around a racing track, or strapping on a parachute to jump from an aeroplane etc. Other activities which attract adrenaline junkies include: bungee jumping, rock climbing, caving, and mountain biking. Anything which involves risk and larger than life experiences is surely going to attract an adrenaline junkie. An adrenaline rush actually makes people fearless and they think they can accomplish some of the most difficult and dangerous feats.

Apart from sports related activities, there are some jobs that carry considerable danger and are ideal for an adrenaline junkie. These include fire fighting, police work and military service, and if you are an adrenaline junkie then you should look for a career in these. When fighting fire, it is the adrenaline rush which will push you to run towards the fire instead of the opposite direction. The same is the case in a firefight against criminals when you are working for the Police. The adrenaline is what keeps you going ahead and not running back to base.

It is important to know that after some time the adrenaline rush wears off, just like any other drug. The signs of adrenaline addiction are not very clear as compared to other drug addictions. Adrenaline junkies might pick fights or argue without reason just to stimulate an adrenaline rush. These people are also considered to be more reckless in general, creating dangerous situations that can lead to physical harm, both for themselves and others around them.

Next post Weight Chart for Women by Age and Height