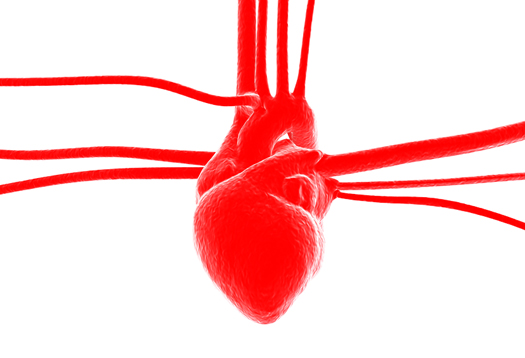 The body of a vertebrate consists of three distinct types of muscle, smooth muscles, skeletal muscles and cardiac muscles. Smooth muscles are involuntary non-striated muscles present within the walls of blood vessels, veins, arteries and the alimentary canal, causing peristaltic waves in these organs. Skeletal muscles are a form of striated muscle tissues, which are directly controlled by the somatic nervous system. These muscles contract and relax to help a living organism perform external body movements. The third and probably the most important muscle type is cardiac muscle, which causes the heart to beat. The cells that make up cardiac muscles are called cardiac muscle cells or cardiomyocytes. Cardiac muscle cells are usually present in the forms of branches, with intercalated discs separating individual cells. There are four basic properties of Cardiac cells, including excitability, conductivity, contractility and rhythmicity.

Excitability is the knack of cardiac cells to respond to a suitable amount of stimuli and produce an electric potential, also called electrical impulse. This electrical impulse spreads across the heart, causing it to beat. A single heart beat consists of two components, a systole and a diastole. Systole refers to the contraction of heart while diastole refers to the relaxation. Both systole and diastole combine together to help the heart pump blood to the entire body.

Contractility is a cardiac muscle cell’s ability to transform an electrical signal originating at sino-atrial node into mechanical action. Cardiac muscle cells are present in the form of branches and act as one unit, forming a “functional syncytium”. All cardiac cells contract at a time to help heart pump the blood. The heart’s pumping ability is determined by the strength with which the cardiac cells contract.

Rhythmicity is a property of cardiac muscle cells which describes their ability to contract regularly without the involvement of any nerves. Unlike the other two types of muscles, skeletal and smooth muscles, cardiac muscle cells do not need any neural stimulation to perform their functions. The action potentials originate in the sino atrial node and do not involve any nervous activity. The action potential then moves through the entire heart again without any neural input. This property of cardiac cells is also called automaticity.