What are the Health Benefits of Ginger? 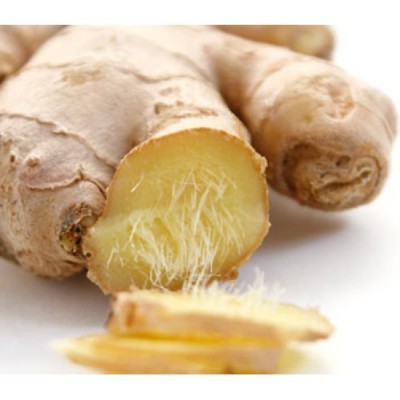 Ginger has been consumed since centuries for its taste and medicinal properties. Turmeric, cardamom and galangal also belong to same plant family as ginger. Often used to spice food, especially in sub-continental dishes, ginger also acts as a food preservative. Typically grown in Asia, the rhizome also has several health benefits and is very commonly taken for digestive issues and stomach aches. However, there are many more benefits of inculcating ginger in your daily diet.

Ginger has zinc, magnesium and chromium, all of which play a role in improving your blood circulation. Fever and excessive sweating is also prevented by these elements.

Ginger is known to relieve nausea and motion sickness. According to a study, naval cadets using ginger powder were found to be less prone to motion sickness than others.

Ginger is very effective in relieving the effects of cold and flu. It clears the circulatory channels and improves chest/nose congestion. Ginger has the ability to breakdown and remove mucus, clearing airways and helping with breathing issues.

Acts as an anti-inflammatory agent

Ginger is an excellent anti-inflammatory agent and can act like a natural painkiller. According to the University of Miami, ginger has the potential to replace anti-inflammatory medicines like aspirin and ibuprofen.

Ginger inhibits fats from depositing in your arteries and prevents heart related issues like stroke. Moreover, incorporating ginger into your daily diet strengthens your immune system, which protects you against all kinds of diseases.

The ‘Nutrition and Metabolism’ journal (June 2011 issue) published a study, according to which ginger showed positive results in the treatment of liver fibrosis. It was found that ginger extract lead to increased production of antioxidant enzymes which benefit the liver.

You can cut ginger and add it to boiling water, along with honey and a little lemon to make ginger tea. This tea is excellent for winter and will help you deal with cold and flu. Fresh grated ginger can also be added to soup in order to enhance its flavor and take advantage of its medicinal properties.

Next post Why is Water so Important to the Human Body?