4 Mistakes Which Make You Fat 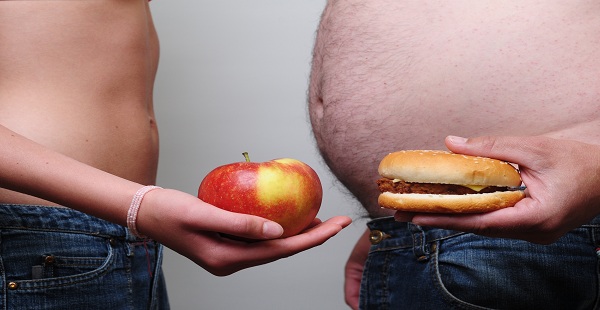 Are you finding it hard to lose weight? Or maybe you lost a few pounds and then gained them back in no time? There are certain habits which eventually make you fat even if you are exercising and dieting regularly. We have listed down all the mistakes which make you fat and how you can avoid them.

Not Knowing the Amount of Calories to Consume

Dining Out Too Often

As mentioned before, the amount of calories consumed by an average American increased by 530 between 1970 and 2000 and a research also reveals that these are the years in which the amount of American restaurants increased. The data explains how people either eat more than their normal routine, or eat a diet with higher calories whenever they dine out. It is advised that you look closely at the menu and order things which are healthy. Moreover, since the restaurant plates are big and full, you don’t have to eat everything that is on offer.

Not Weighing Yourself Regularly

At times people start ignoring the scale because they want to believe that they are of a certain weight. On the other hand, there are people who would not see the scale only because they believe that it’ll only embarrass them. Once you start looking at the scale at least on a daily basis, you will understand how you want to lose weight since you are eating a lot during the days. You will automatically cut your diet down.

While you must be scratching your head thinking “How can liquids increase a significant amount of calories to your daily calorie count?” the truth is that they do. Water is the healthiest drink which you can have at any point of the day. However, there are times when you want to have soda, coffee or tea. People tend to lose focus and use concentrated solution in all these beverages. Keep a soft hand on your drinking and you will notice how your daily calorie count is going to drop.

Next post 4 Ways Gadgets Help You in Losing Weight

Previous post 4 Rules You Can Break While Losing Weight